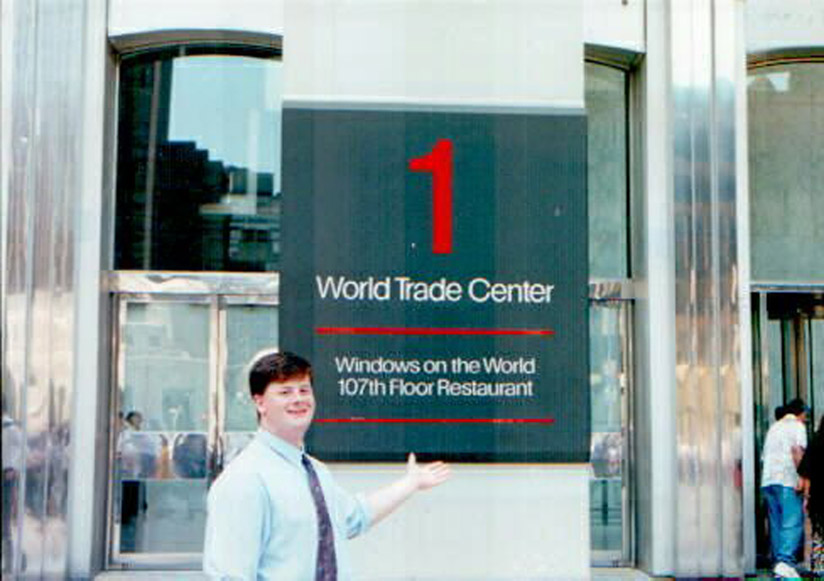 I worked in the World Trade Center from 1992 to 1996 for the Port Authority of New York and New Jersey and was in the tower during the 1993 bombing. I would be the tour guide for many different friends and take them to the top of the tower and to the Windows of the World Restaurant. My friend David suggested that I get a picture of myself in front of the 1 WTC sign.