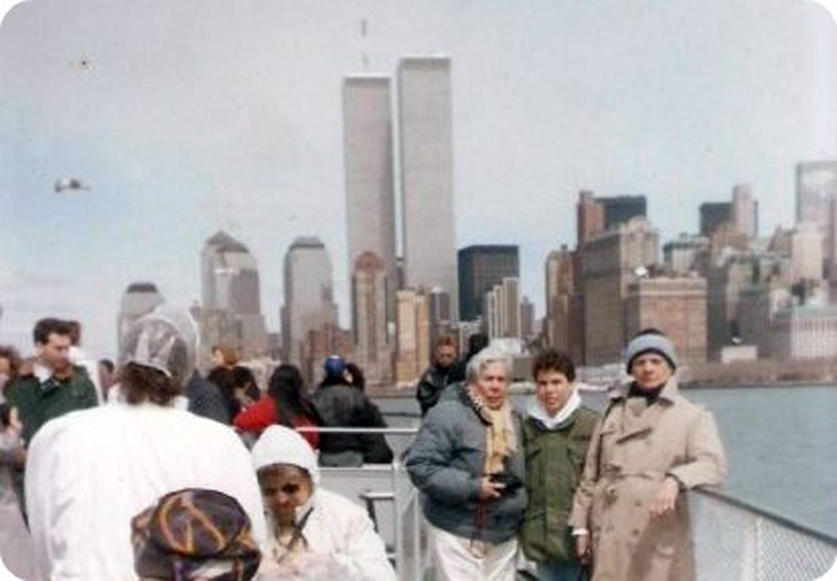 1992. That was my first time in NYC. I’m between my granma and her husband, who was the one who taught me how to ride the subway a few years later. With the city, it was love at first sight. We were going to Liberty Island on that day. It was february, a very cold one, and the towers in the back remind me of the towers at my side.