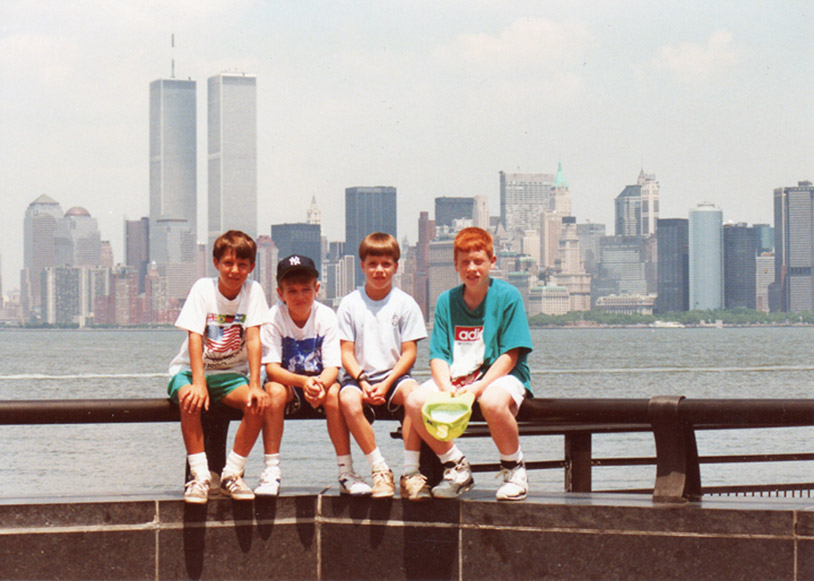 Taken in 1992 or so, these four young men (now much older!) were members of a soccer team I coached. We were participating in the Neptune, NJ soccer tournament and went to NYC for the day, taking a trip to the Statue of Liberty. As we were waiting for the boat to take us back, I snapped several photos, but liked this one as the background held the Twin Towers. Never forget! picturenc.wordpress.com