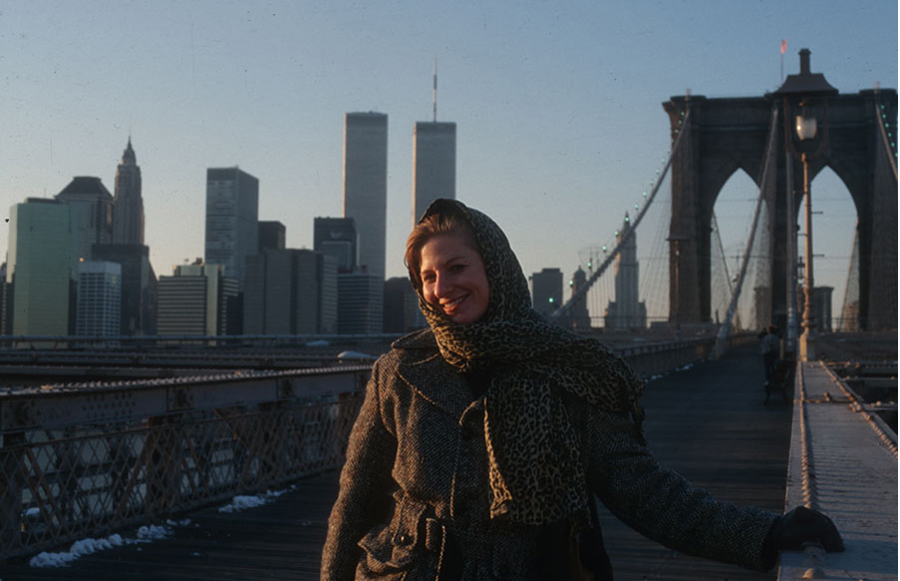 This photo was taken during my very first trip to the US, which was mainly a stay in NYC. I was trying to make sure that the WTC would be on the picture.

Three years later I studied in Philadelphia and on many weekends I would take a trip to NYC and stayed over at a friend’s place in Harlem. It was only towards the end of my one year’s stipend in Feburary 1999 that I decided to actually visit the WTC by myself. So I took an elevator to the sight-seeing floor. That very day the roof was closed due to strong winds. I looked around and saw the monitors next to windows where the skyline was explained to visitors. I couldn’t understand why anyone would prefer to „watch TV“ rather than looking outside of the windows where I could experience the slight swaying of the tower. Then I discovered this little movie theater with moving seats where a helicopter flight among the skyline of NY was screened. I took a seat, the lights went out and with the first images of NY’s skyline there was this manly voice saying: „You are in the center of the universe“. I have to admit that I felt pretty disgusted by this arrogant claim. I wrote this down in my diary and every once in while remembered and try to understand it.