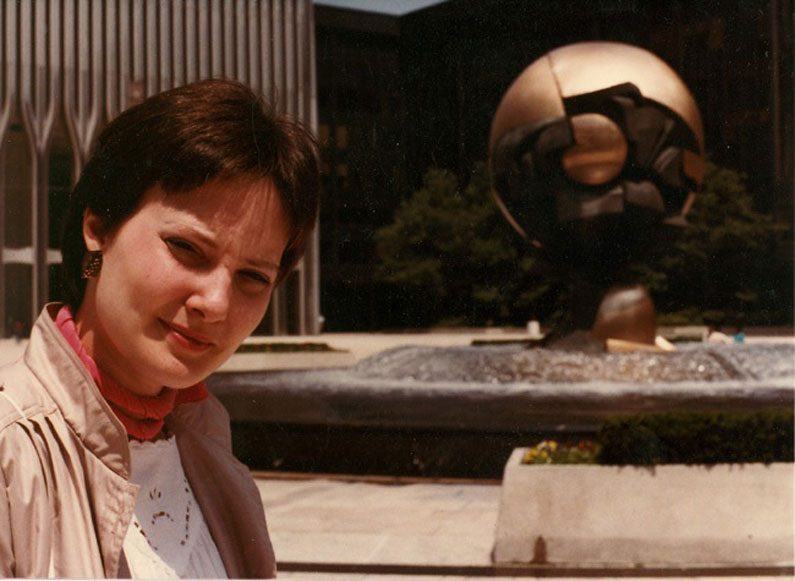 This was taken during a trip to New York in 1983 with my then-girlfriend Julie. It’s eerie to see Julie standing in front of “The Sphere,” Fritz Koenig’s massive bronze sculpture that stood in the plaza between the two buildings. “The Sphere” was the only work of art in the entire World Trade Center complex that survived the terrorist attack. It was heavily damaged by the falling buildings, of course, and the unrepaired sculpture is now on display in Battery Park. It’s a surprisingly powerful memorial and will eventually be moved back to its original location at Ground Zero.