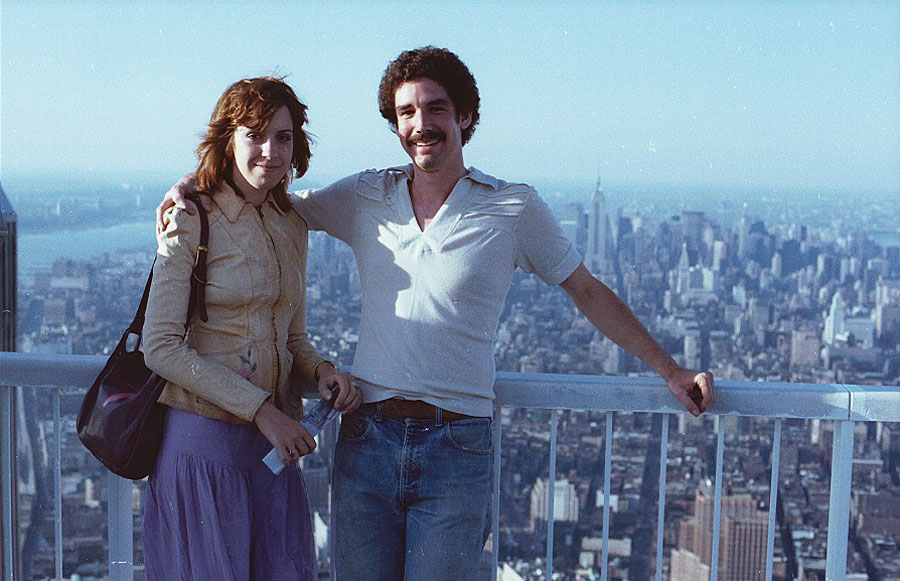 This photo was taken in 1981 on a weekend when we were playing tourists. We were dating then and later married, and I’m happy to say we are still married. We both worked in NYC at the time. I briefly worked at 5WTC but never in the towers. We went to the Trade Center often. I took wine tasting classes at Windows on the World with Kevin Zraly. We ate dinner at Windows several times for special occasions, once unfortunately on a night when the tops of the towers were in the clouds and we couldn’t see a thing! But on a clear night the views were spectacular. Cellar in the Sky was also a fantastic dining experience. These were great memories from a time of innocence that was taken away from us. www.sannerud.com