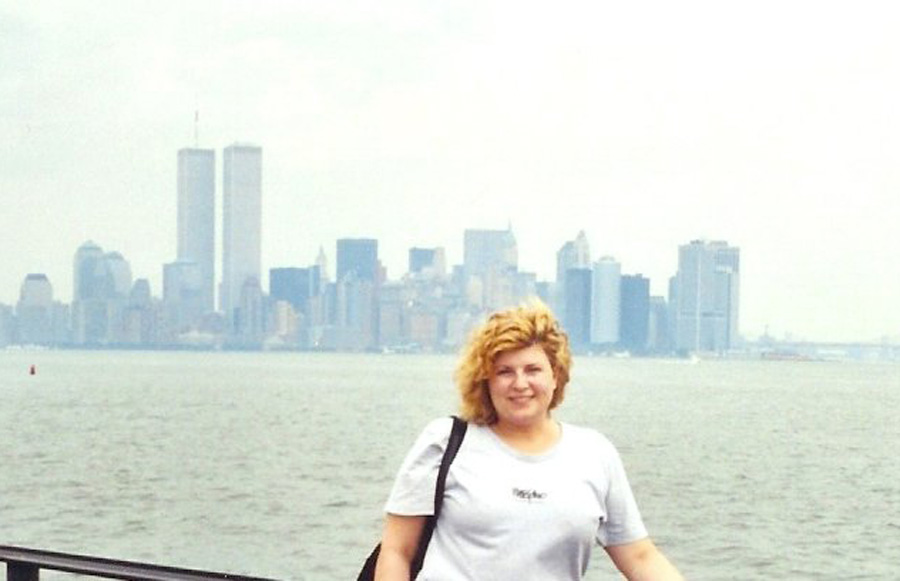 this photo was taken 08/23/01 (just 19 days before 9-11) at the statue of liberty. it was about an hour after french stuntman thierry devaux parasailed onto the monument and got hung up on the statue’s torch in an attempt to bungee jump from it. he was not hurt and was charged with four misdemeanor offenses including trespassing. it was originally thought to be a terrorist attack. little did we know, 19 days later, NYC would encounter the real thing.