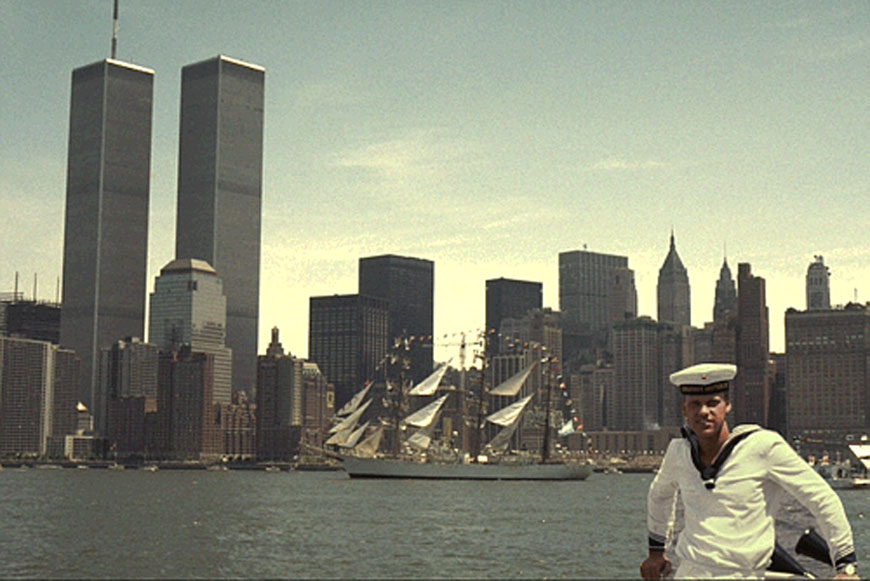 I have seen the „Iowa“ with Ronald Reagen on board in front of WTC and Miss Liberty, it was an unforgettable moment. The entire „free world“ had come to New York with their warships in order to witness the reopening – it was simply mind-blowing. In Brooklyn we later partied with French, Irish and Americans in the bar of a Vietnam veteran until the early morning hours – Jim‘ bar was such a blast!!!

America in these years was truly „God’s own country“.