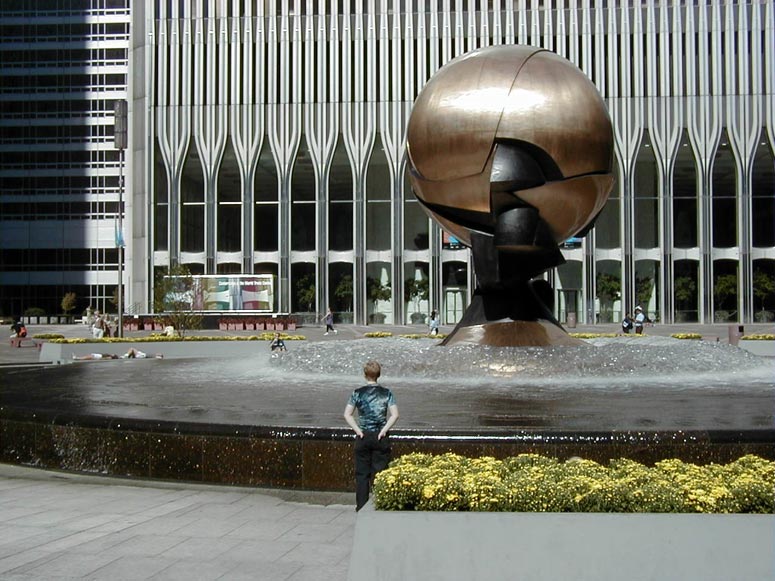 This is my ex looking at the fountain at the World Trade Center plaza, taken on September 11, 1999.

I liked that fountain very much. I once got the chance to look down on it, from about halfway up the tower, three years earlier when I was on a temporary work assignment. It was the most interesting thing to look at from that height… water poured from the center circle onto the larger circle. All around the outside border of the inner circle it looked a bit like a boat’s wake (you can make out the ‚wake‘ in the picture, surrounding the central sculpture) giving the illusion that the inner circle’s edge was constantly moving inward. But of course it was remaining the same size, thus confounding the eye. It was a great piece of art, now ruined. That pales in comparison to the rest of the tragedy, but that’s my attempt to connect to what has happened.

I also like how this picture shows off the Arab-influenced lines of the lower towers. There are some that argue that the towers may have become a target not just as a symbol of the USA’s strength, but of the West’s ability to absorb and draw from other cultures.