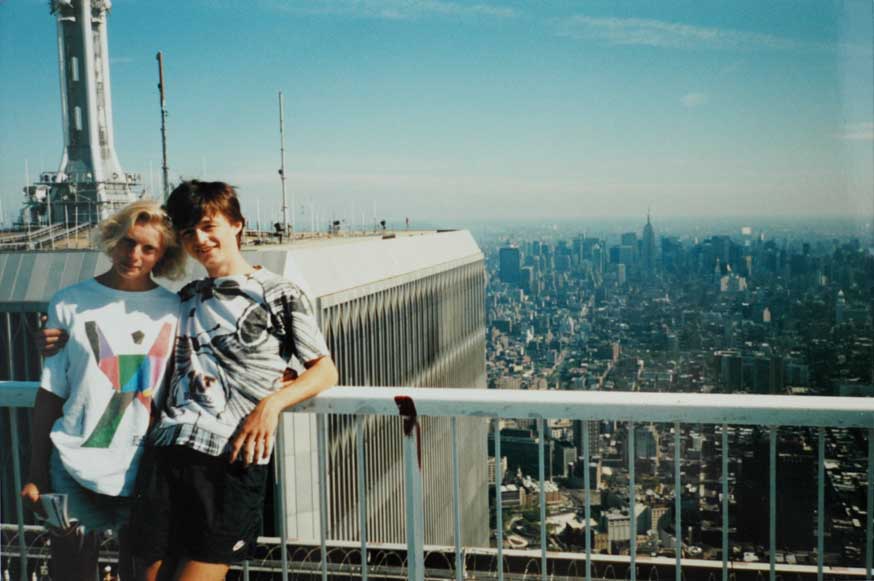 1993 was the year I first happen to leave the post communist Czechoslovakia and visit the United States for the first time. Spent most of time in New Hampshire and only managed to do a short trip to Boston, Washington DC and NYC.

While Empire State was impressive for a small town boy from a ruined centrally planned economy, going up the WTC was a total science fiction. Seeing the Big apple from there is unforgettable.

The girl on the left of me is Margriet, and we’re photographed by her boyfriend Bob. I haven’t heard from the two Dutch folks for at least 15 years. Would love to get in touch :)