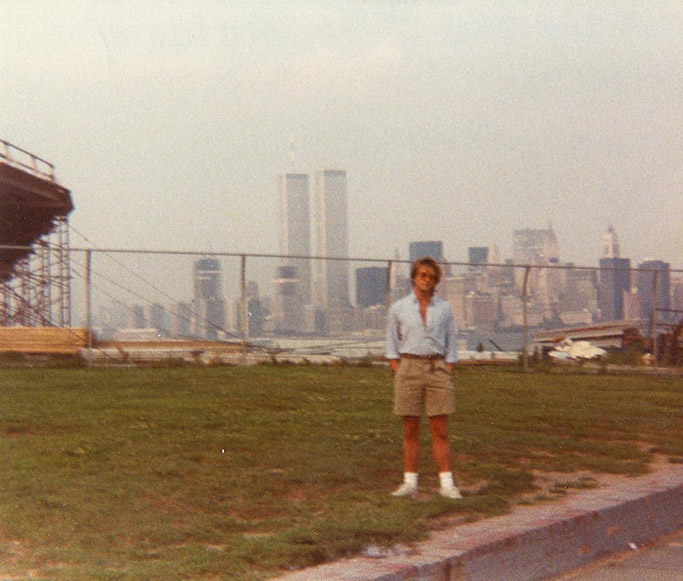 In 1984, I followed a boyfriend from California to New York. He moved there and I spent the summer with him in Manhattan. This was my second trip to NYC, but the first time, I had not had a chance to visit Liberty Island or see the Statue. This trip, I made sure to do that. The view of the WTC from Liberty Island was breathtaking, seeing them rise far above everything else in the skyline.

Incidentally, the Statue of Liberty was getting a face lift in 1984 and was completely covered with scaffolding! That’s part of the chain link fence and the structure around the base of the Statue that you see on the left.