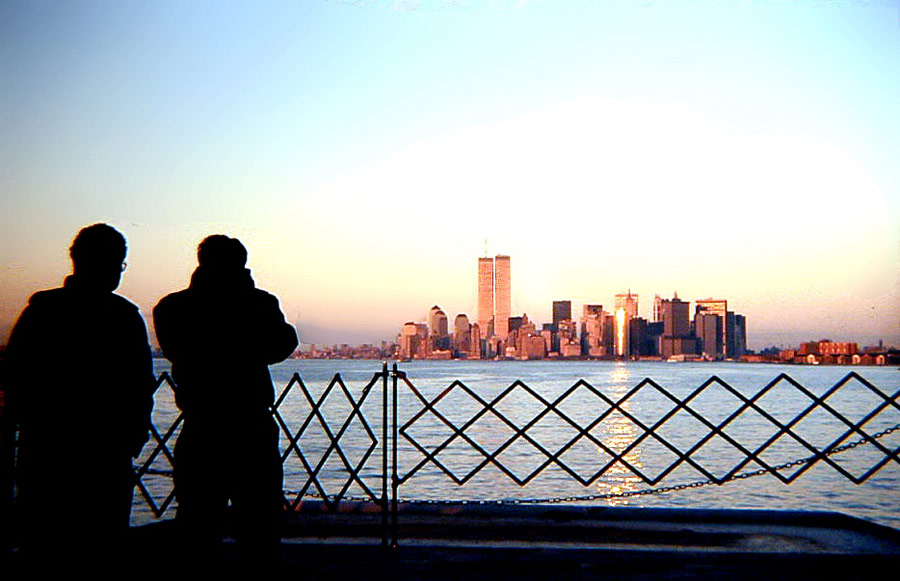 From the late 1970s to the early 1990s I spent a great deal of time in New York City, working at first as a university researcher at Columbia University and the City University of New York, and later as a university project manager for the Digital Equipment Corporation. This photo was taken in 1989 from the Staten Island Ferry, a trip on which I took with a Digital colleague who was not familiar with New York. As an avid photographer I took many photos in New York at that time and, of course, it was hard to not capture this beautiful scene. My experience included going to the top of the WTC and working in and around it. While the photo shows a beautiful scene I always found the buildings themselves very cold and massive, and part of a neighborhood that was quite barren of an evening or weekend.