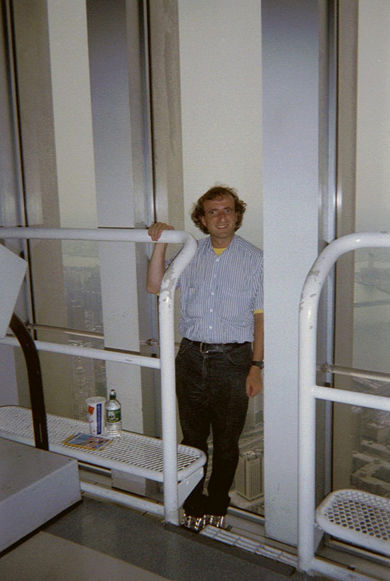 As a part of our wedding tour though the United States of America we visited New York first. As the WTC building was one of the tallest buildings in the city, we took a ride to the top of Tower2 for a great view over the city.

Five weeks later it was destroyed…