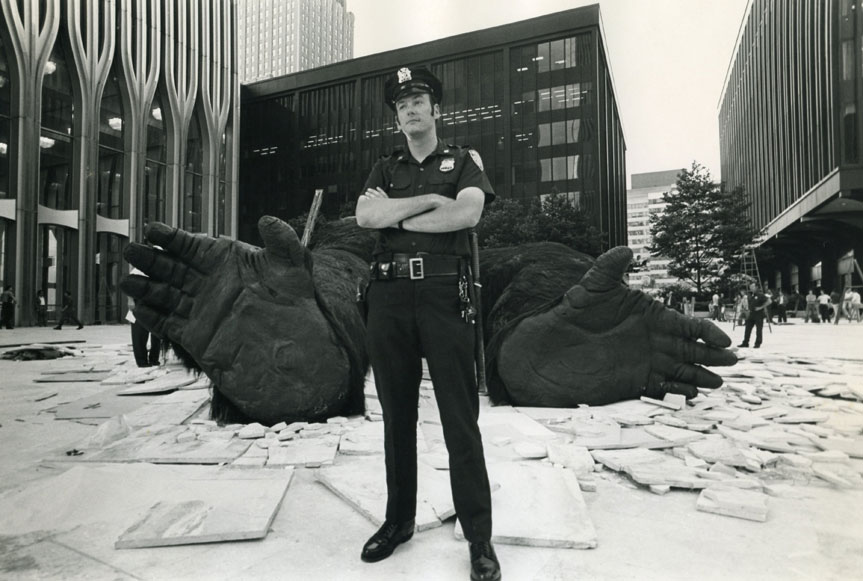 The year was 1976 and Dino De Laurentiis was filming his remake of the classic 1933 film, King Kong. Instead of Kong meeting his end at the Empire State Building, the modernized version had him at the World Trade Center. The young cop is Dennis Cannon of the Port Authority of New York and New Jersey Police who was assigned to the film detail. A great photo was captured by a Port Authority staff photographer.

As a Port Authority police officer for 30 years, I spent a lot of time at the Trade Center, especially in the 70’s. Some of that time I was posted on the outdoor observation deck of Two World Trade Center. Countless families of tourists from around the world asked me to pose with them for photos.