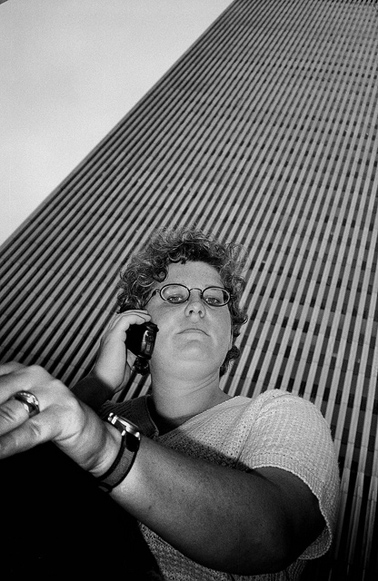 It seemed as though there were wall-to-wall TV programs during the week leading up to the 10th anniversary of 9/11; it got me thinking about the last time I saw the World Trade Center. Then I saw the Flickr 9/11 blog and thought I would see if I had any photos myself.

I had two from near WTC 1 in lower Manhatten. They were pre-digital (a.k.a. film); taken on my terrific Yashica T4 Super point and shoot.

I had been to Long Island many times on business, but this was my wife’s first trip. We walked from about Central Park to Wall Street that day. Along the way we stopped to go up the Empire State building. It took about 4 hours in various lines to finally get up to the top.

When we finished there we continued walking south. When we reached the WTC we decided we did not want to repeat our Empire State building experience, so we only saw it from the ground.

We did think New York was a place we wanted to see again together and planned a trip back a couple of years later including a long weekend in Manhatten. Unfortunately our flight to Newark on September 18, 2001 never happened and we did not return to New York until nearly nine years later. photo by Russ Beinder