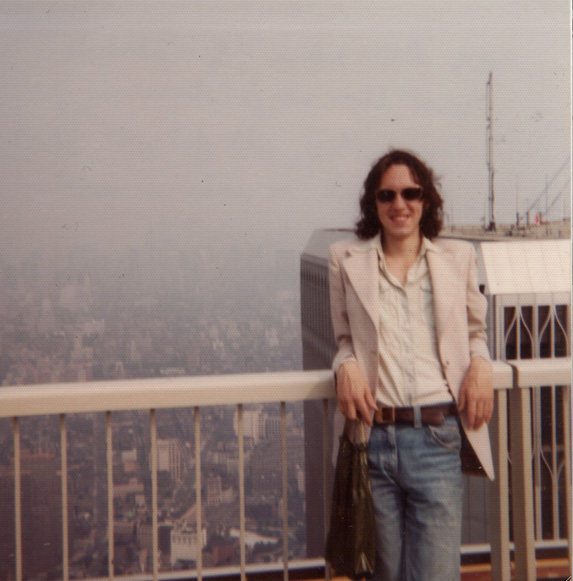 I’m almost scared to admit when this photo was taken- okay, already, it was 15 August 1976! I was a skinny London teenager on his first visit to NYC, alone and bewildered and thrilled, and this was literally a high point of the visit. Since then, I’ve got to know NYC very well, and after many travels, I feel at home when I’m there. I’ve written books about skyscrapers and sometimes cover them as a journalist. I always felt that there was something other-wordly about the Twin Towers, their scale and shape and sheerness, as if they were placed there by an alien intelligence with unlimited power, like the sentinel in 2001: A Space Odyssey. I really miss them and I have yet to be convinced by David Childs‘ Freedom Tower, with its rip-off of the London Skylon on its roof. 9-11 marked the start of this century’s history, sick and violent and still shaped by religion, just like so many centuries before. What a shame for the human race, and for a city I love.