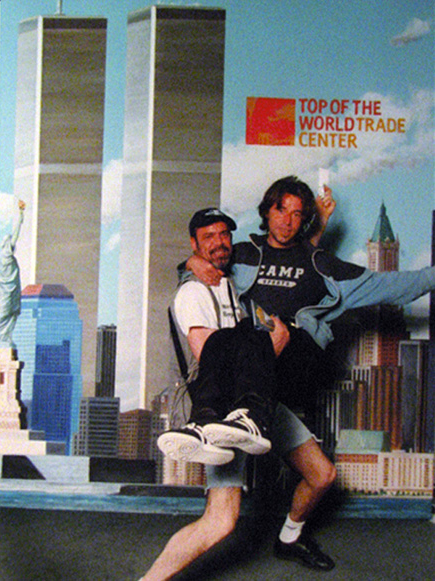 In 2000 were on an American tour performing in New York for a week. From an earlier visit I knew the WTC had a spectaculair view but a very long waiting queue. Together we went as early as possible: nine o clock. After a short wait we were in and a person asked if we wanted a picture. By suprise my colleague grabed me from the floor. Wich was alright with me. When the planes went in at the same time a year later it gave us the strange feeling it could have been us caught up there.