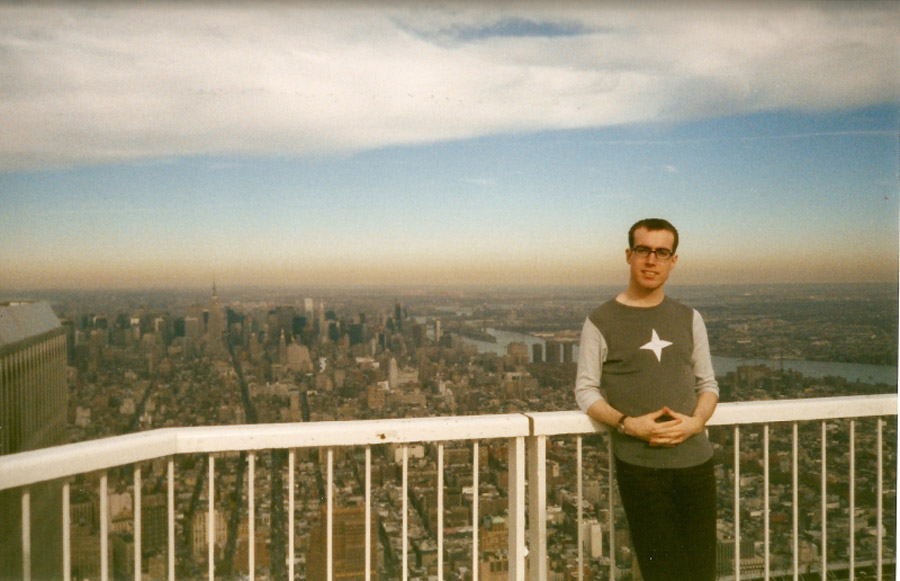 These days so many photographs have the time and date and geographical information stored within their data. This was taken with a cheap film camera.. without such clever things. But I still have my ticket for the ‚Top of the World Trade Center Observatories‘. It was the 7th November 2000, some time after 12:50pm.

Like so many, I was in NYC on holiday.. and going to the top of the WTC was just one of the things that one had to do. It was a box to be ticked.. one amongst many.. Empire State? Tick. Central Park? Tick. FAO Schwarz? Tick. World Trade Centre? Tick.

It’s odd to think how ‚routine‘ it all was. I hardly thought of it again until a year and two days later.