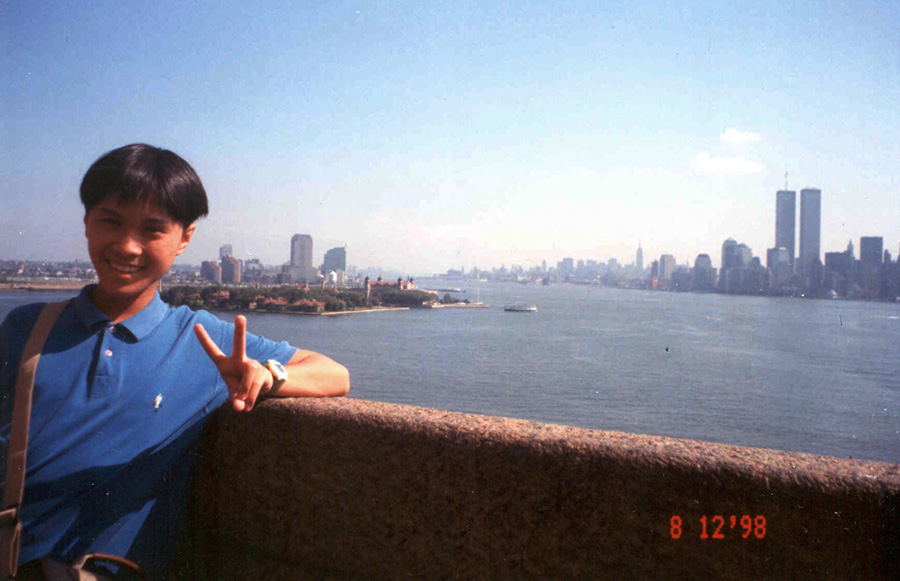 Mom took a picture of me, at the Statue of Liberty, overlooking the skyline of the Big Apple.

It was the summer of 98. While my dad completed his master program, my whole family, mom, sis and I joined him for the convocation. We then spent the summer traveling the east coast, printing our foot steps on New York, Boston, the D.C., Philadelphia, Atlantis, Chicago, Michigan, Detroit, Niagara, Toronto, Quebec, Montreal…

I was a carefree kid and under the shelter of my parents. Undeniably, those were the best family days of my teenage life.

A few years later, my parents had gone separate ways. Then, I became gloomy, timid and lost. But as I grew up, I realized that nothing will last forever. The most important thing in life is: when I am at present, I enjoyed the moment, I enjoyed the present.

I hope you all enjoyed your time at the Big Apple. =)