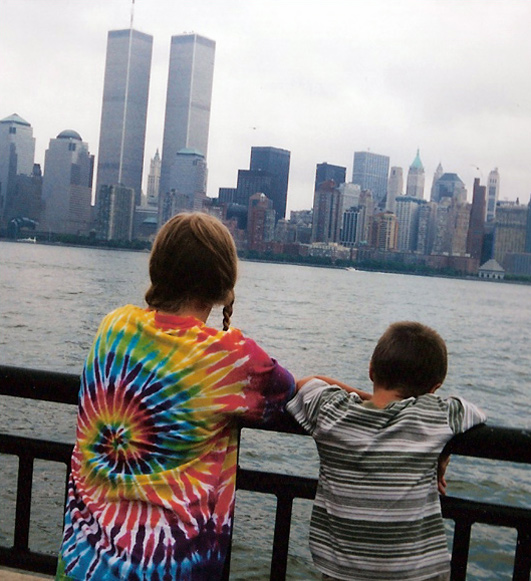 This picture was taken on Saturday September 8, 2001… My fourteenth birthday. We lived in New Jersey, an hour away from New York City my whole life, but I had never been to Ellis Island or the Statue of Liberty. For my birthday my family took a trip to see them both and also took a ferry ride around the harbor. My brother was four years old and my dad took this picture of the two of us looking at the skyline from the ferry. The attacks happened three days later on my second day of high school. This picture represents the last day I saw the Twin Towers in person.