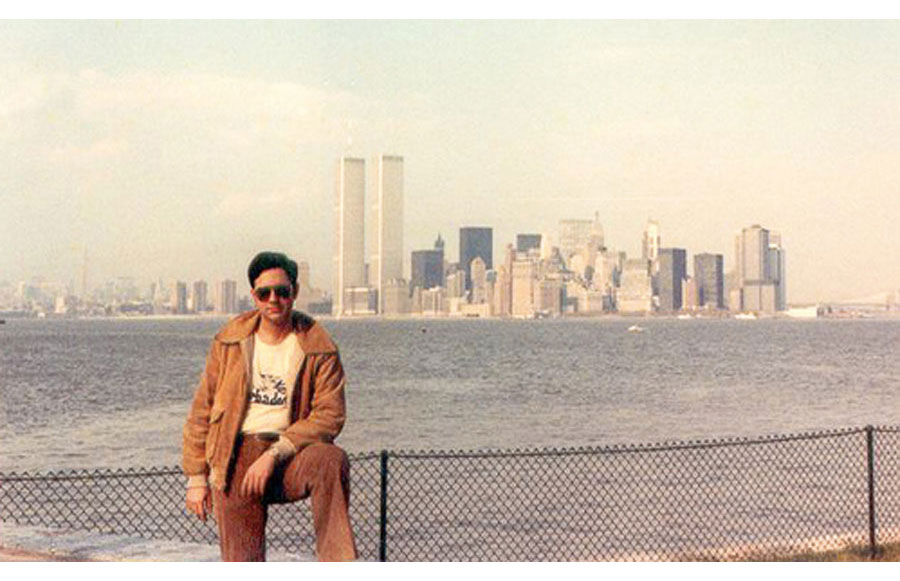 In 1980, while serving in the US Navy, my ship, the USS Nassau visited NYC, berthing at the docks on the Hudson. It was my first visit to New York, and high on my list of places to see was the WTC. I remember staying at a shipmate’s house in Bayonne, NJ, and taking the train in, getting off at the station under the WTC. I then toured one of the buildings, going up to the observation deck at the top. I was really jazzed to be at the top of the (then) tallest building in the world. Later that day I took the boat out to Liberty Island, and that’s where that photo was taken from. For me, the WTC represented New York, and New York represents America. The skyline of lower Manhattan is iconic, and lesser for not having the towers anymore. I am very glad that I toured the Center when I did, and that I went up to the top of one of them. Had I left it for another time, I would have missed it all, since I didn’t return to New York until after 9/11. I took other pictures that day. I will attempt to find them and scan them in. If I do, I will post them on FlickR and alert you to their presence.