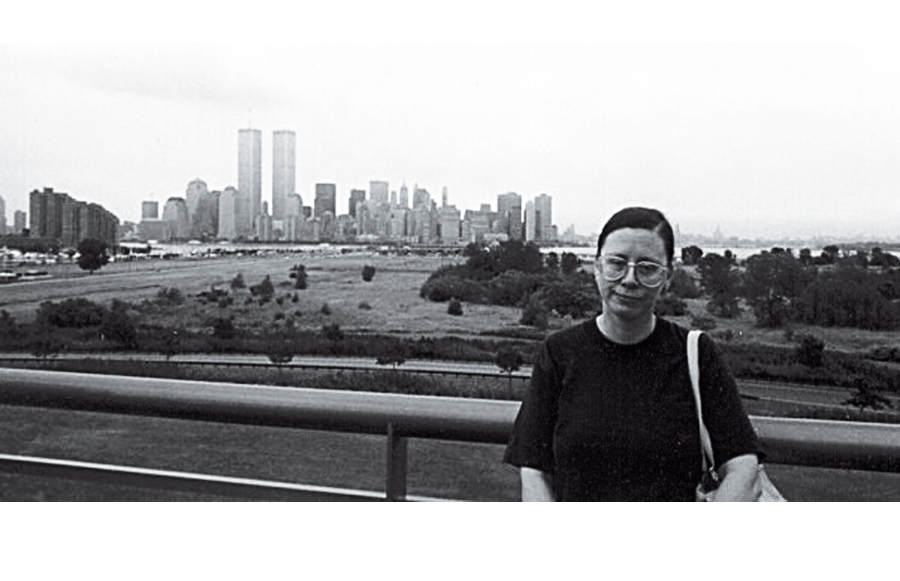 The picture was taken on the back balcony of the Liberty Science Center in New Jersey, August 1997, a cloudy day. Originally it was in color, but the old scanner I had at the time did not translate the dismal colors correctly as you can see. I should rescan it sometime.

I actually stayed at the WTC Marriott on 2 occasions, in August 1999 and August 2001, just 3 weeks before the attack/collapse. Most of those pictures are on my site, including the memorial to the victims of the 1993 bombing, now gone with the rest of it. It was a really lovely place and I felt safe enough walking about there alone.
I have not been back there since, though I have been at the Brooklyn Bridge Marriott just a few blocks away since then, and saw the new tower they’re building from a train window.

I wish I had more pictures, but digital was just starting out then and one was very limited to whatever was on a roll of film and if it did not get messed up in processing. I did not go up to the Top of the World at the time because there was such a long line. „Oh. I’ll get up there the next time…“