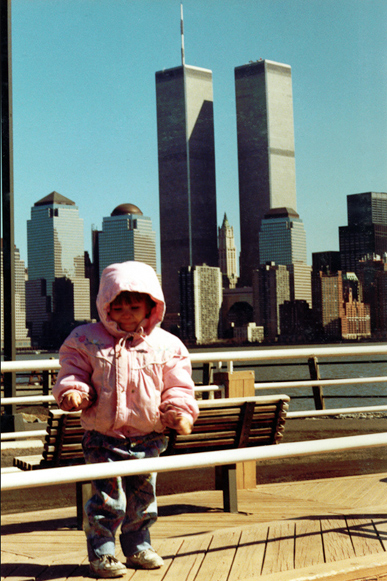 I shot these photos (#475, #476, #477) of my daughter with WTC as the background in 1989 while I lived in Weehawken, NJ for about a year. The ones where she’s got her hood up were shot in Jersey City on a VERY cold day. The one with the stick was shot in Hoboken, if I recall correctly. I remember she was standing in the bed of my truck when I shot it.

There’s not much more to say about the photos themselves.

I’d been to the top of the WTC on several occasions, and took my daughter up once. My apartment was up on the second floor of the building it was in, and had an unobstructed view across the Hudson of Manhattan, including the WTC, so I saw it practically every day while I lived there.

I was in Tennessee on a construction job the day the towers fell. I watched on TV like most of the world, and cried when they fell. It was like watching two close friends die right before my eyes.