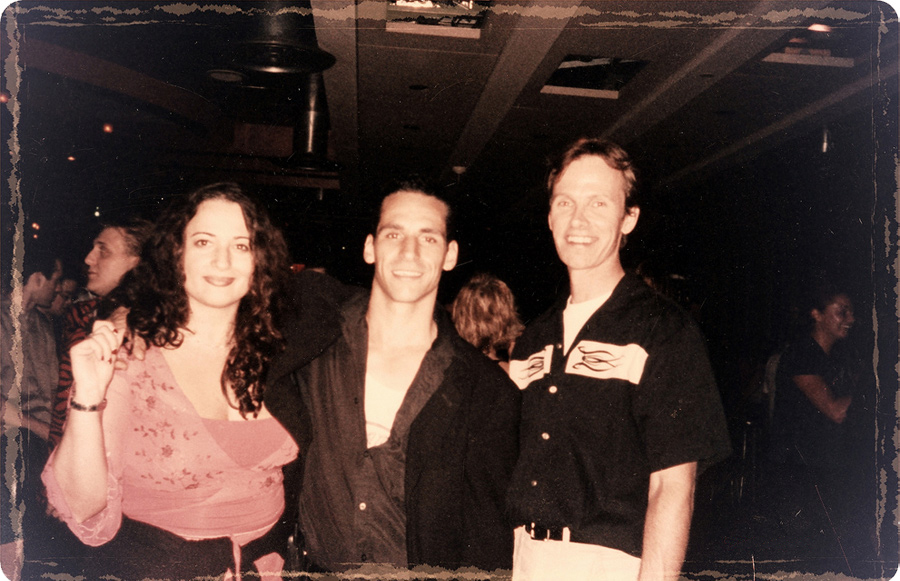 Taken in July, 2001 during a live concert with the ‚Brooklyn Bums‘ a punkish band that played fast music that Lindy Hop dancers like myself attempted to dance to. Very fun night. Interestingly on the elevator up rode with a group of solemn and very quiet group of men of possible middle eastern background. Two months later faces of the the 9.11 hijackers triggered the memory of that elevator ride and have always made me wonder if I rode with ‚them‘ …scary

Interestingly, this place always moved in the wind, and when you have been drinking and dancing it makes for an unreal experience!