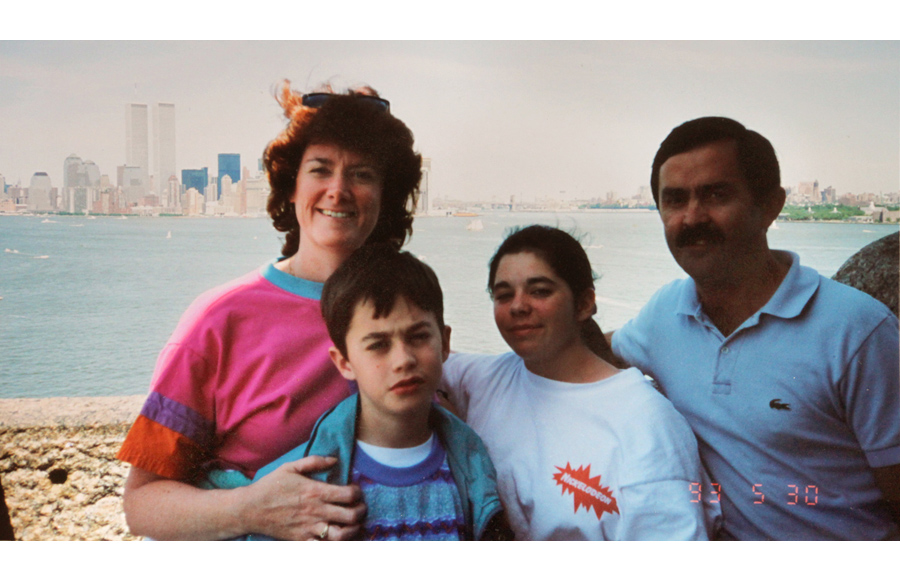 My family was out with our close family friends doing what is considered a tourist outing in the area; Ellis Island and the Statue of Liberty. We currently lived in rural New Jersey at the time. We took the ferries from Jersey City. That offered an up-close view twin towers themselves from directly across the Hudson River. The height of those structures in person was incredible. At the time the first attack on the World Trade Center wasn’t that far out of mind, occurring 3 months earlier. I didn’t dwell on it too much being about 11 years old at the time, yet that event put the Twin Towers as a New York City landmark in the forefront of my mind. The image is taken on Liberty Island. Telling by the look on my face my sister probably teased just as the photo was snapped. How brothers and sisters get along as kids.“

I hope that gives you a sense of the day and moment in time. I never got the change to actually got to the World Trade Center prior to 9/11. I lived for a decade in Jersey City a few years after the attacks. I’ve done extensive documentation of the aftermath of that event and the rebuilding of One World Trade Center. Starting in 2011 I also ran time-lapse of the tower’s construction. I think you’d find the work relevant to yours‘. It’s posted by my portfolio site: