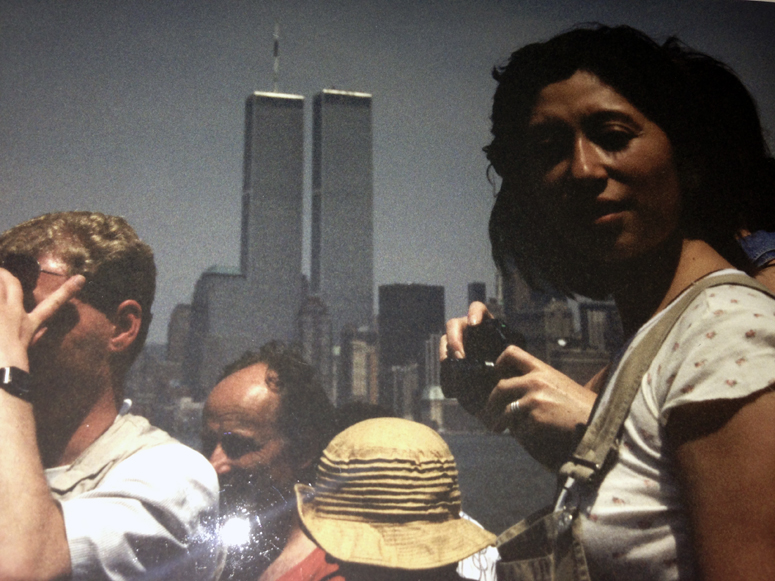 We all have one of those old photo albums. You know the ones with the yellowing pages fading as fast as the memories they contain. For me, one set of photos has taken on new meaning over the years. For me, they mark the time before we ever knew of 9/11.

That’s my future wife and her aunt (#561 MY_WTC) What a great time they were having. It must be nearly 20 years ago. We were dating and we decided to take my wife’s family to New York City. We took the ferry to the Statue Of Liberty. We soaked up the sun and enjoyed that beautiful skyline. What a skyline.

That’s my future wife there again (#562 MY_WTC). It wasn’t until years later, years after 9/11 that I pulled out the old weathered photo album and realized I had all these pictures. And carefully framed in the background of each one was the World Trade Center.

I guess I was just drawn to those buildings, so impressed by their stature and their place in the New York skyline. They were part of the fabric of the city. Now, years later, I imagine all the people working there, and enjoying there, and making dreams there. I remember all the people making that trip to the Statue of Liberty and what it stands for. I remember the wonderful memories I had with my future wife that day. We all know it changed forever on 9/11. It will never be the same. Which is why this year, I choose to concentrate on the days BEFORE 9/11, the days before so many lives and families were changed forever, the days before that skyline was changed forever. Because on those days before, all those brave men and women were still with us, things were still the same, the skyline was not altered, and 9/11 wasn’t in our history books. For me, every memory before 9/11 must be 9/10 because after 9/10 it all changed. Each family affected will always be in our thoughts, and they will always have their memories before that fateful day just like I have the photos in that old weathered album, like laying on the grass with my future wife at Liberty Island with the World Trade Center proudly standing tall in the background, without a care in the world (#563 MY_WTC).