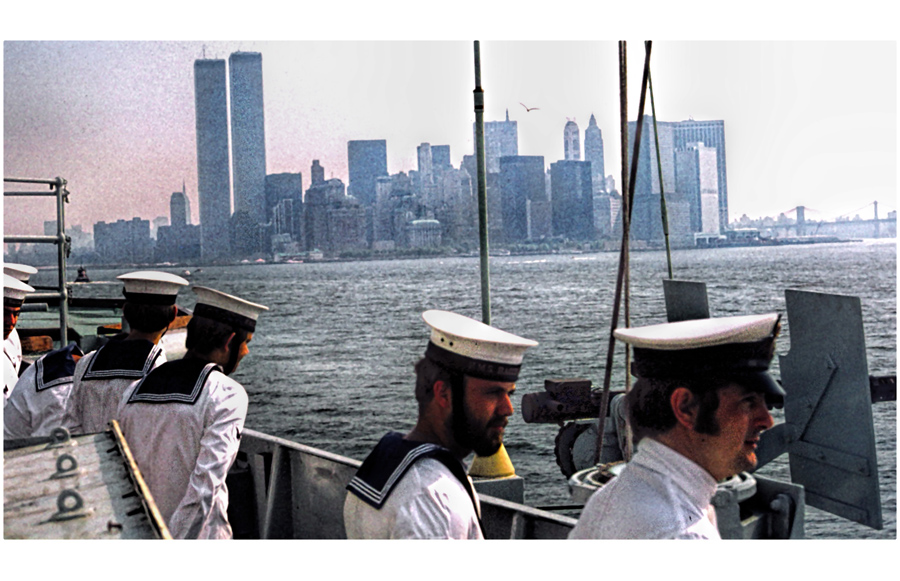 I was a chief petty officer on HMS Bacchante, a Leander class frigate, one of the warships from many nations attending the bicentennial celebrations in July 1976. The warships steamed into NY in line ahead formation (and in those days it was steam).  Architecturally, New York worked very well as an aesthetically pleasing whole – with the exception of the WTC, which, to borrow Prince Charles comment about the extension to the National Gallery in London, „looked like a monstrous carbuncle on the face of a favourite uncle.