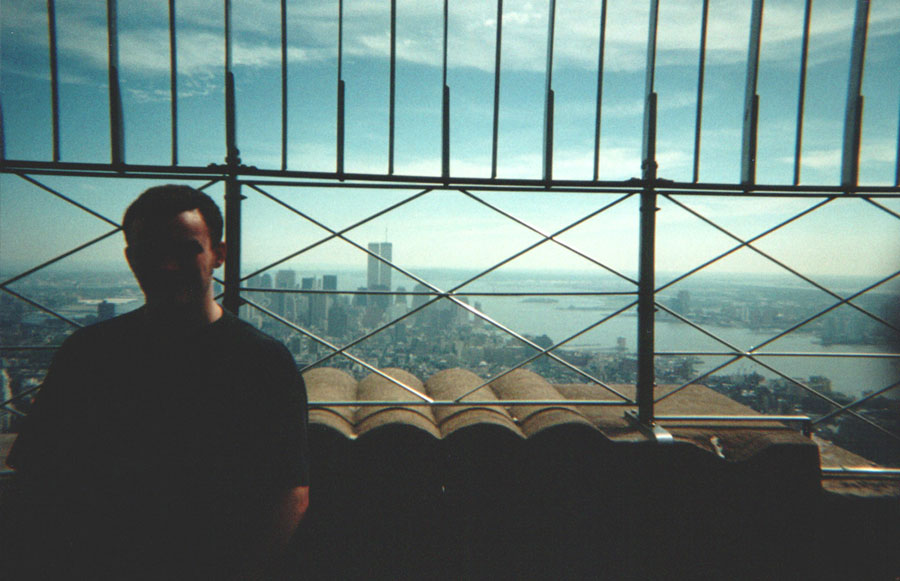 I was there twice; once in 1993 where we just went to the south tower viewing gallery (107th floor) and again in June 2001 when I visited the viewing gallery again and the roof terrace. I remember that the terrace walkway was raised above the uneven roof level, but set well back from the edge, there was an electric fence nearer the edge to stop people from jumping off, and there was a helipad in the middle. Standing on the 86th floor of the Empire State Building it was apparent even from that distance that the WTC was an order of magnituge taller. I remember in 2001 particularly being astounded at the size of the towers, and standing next to one of the corner chamfers to look straight up the 415 metres of cladding to the top. I still have my ticket from 2001.