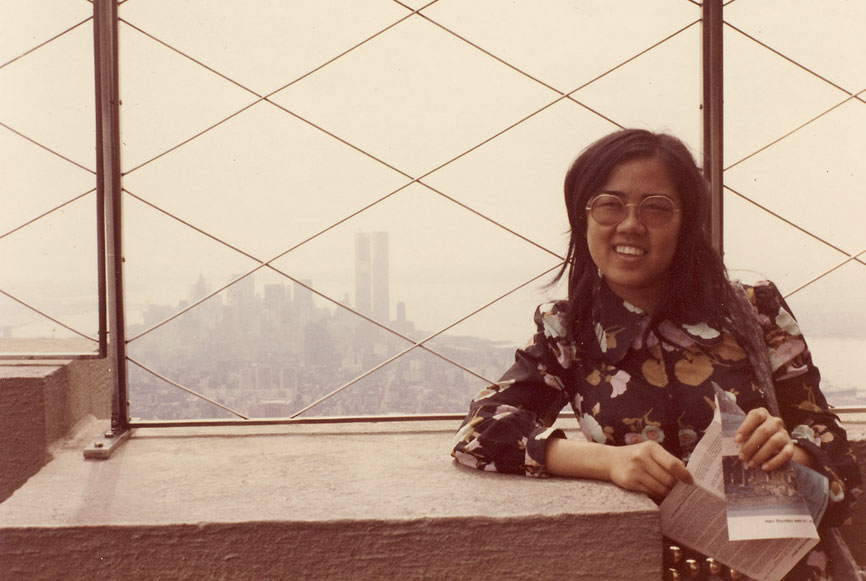 This picture was taken in 1971 at the top of the Empire State Building. My mom was a student in England and she flew to New York through Kennedy Airport and then went on to Ithaca to visit her brother and sister, where they were students at Cornell. The flight from Gatwick airport to New York cost only 56 pounds! They went to New York City one day on a Greyhound bus from Ithaca and her sister took this picture. She made that blouse she’s was wearing! I think she made a lot of her clothes growing up, and definitely made a lot of my own clothes when I was young too.