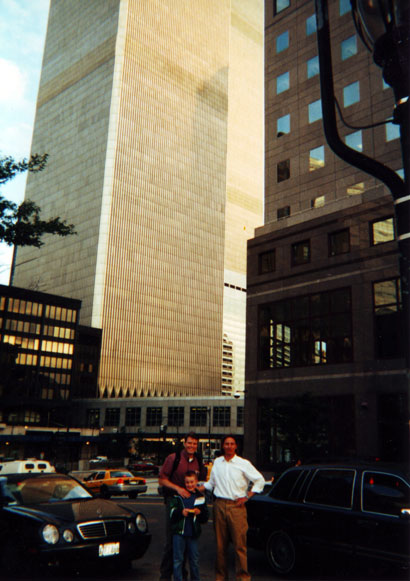 This picture was taken just a couple of months before the World Trade Center towers were destroyed.  My brother (who lives close to the WTC site) brought me and my two sons out (from Oregon) to visit him.  While in the city, we went to the top of the WTC.  At the top of the tower gift shop, my older son (not pictured), bought a small “Statue of Liberty” figurine.  The day the towers were destroyed, he was looking at the statue and accidentally dropped it.  The statue broke, and seemed very sad because of how it symbolized the tower’s fate. We were also very heart-broken because we specifically remember the elevator attendants that ran us up and down the tower, and we wondered about their destiny.  The acts of terror perpetrated on 9/11 had very far-reaching implications.