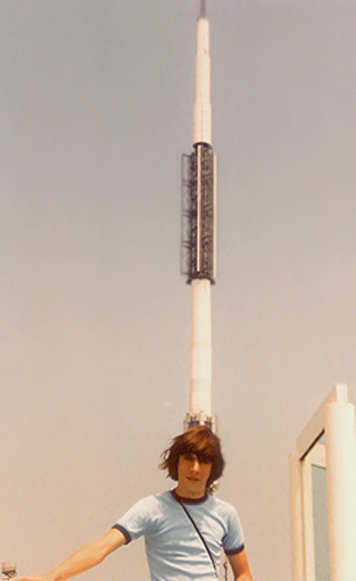 This images was taken in the second week of September 1981, when I visited my grandparents in New York for my 12th birthday. I don’t remember exactly what day it was, but it is eerie that it was taken almost exactly 20 years before their destruction. My grandfather, Leon Zucro, took this picture of me because he thought it amusing that it appeared that I had a rocket coming out of my head. I didn’t know about the mast behind my head until he sent me the picture a couple of weeks later.