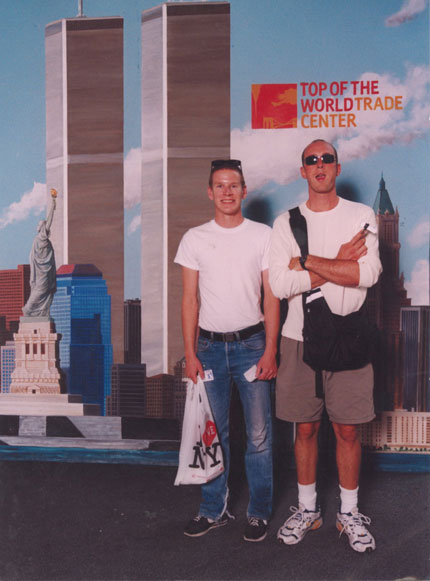 On my first trip to New York back in the mid-’90s, my friend Cory came along and for whatever reason, instead of going to the top of The Empire State building or some such, we decided to go to top of The World Trade Center. These are the photos they took of us at security and then tried to sell us as we were leaving. I’d be damned if I were going to purchase such a thing but as we went by, Cory asked to see them, the guy handed both to him, and by god, he walked out with them. I am so glad he did.