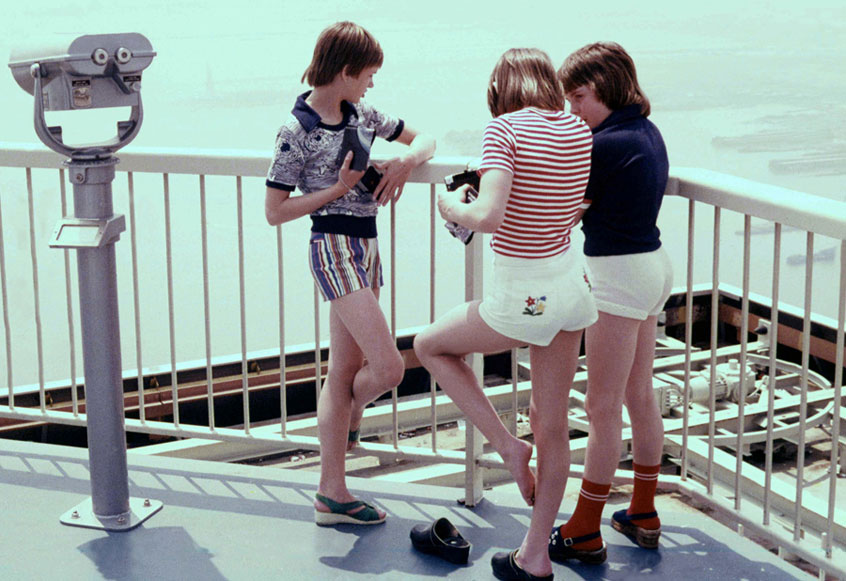 It’s a while ago since I traveled for the first time with my gymnastic group to the US in the sumer of 1976. Back then we were to take part in competitions in Staten Island, Silver Spring, Cleveland, Grand Rapids, Traverse City and Detroit.

But the travel started in New York City where all of us seven girls where led on top of the WTC right upon our arrival. I still remember almost every detail, a wonderful and hot day on which we took a ferry from Staten Island to Manhattan. On our first stop we were taken up with the elevator on the tower with the visitors‘ platform. Already then I thought about what would happen if a plane were to yaw – I even thought about the possibility of an attack since arab terror had hit only 4 years before during the Olympic Games in Munich. But this was a just a short moment of thinking which didn’t bother nor harassed me. When the towers did collapse it was a sunny Tuesday in Hamburg, Germany and I got a call from one of the mothers of my acrobats (we were training) who told me about these unthinkable events. I couldn’t believe it and had to ask a couple of times whether she really talked about the Twin Towers.