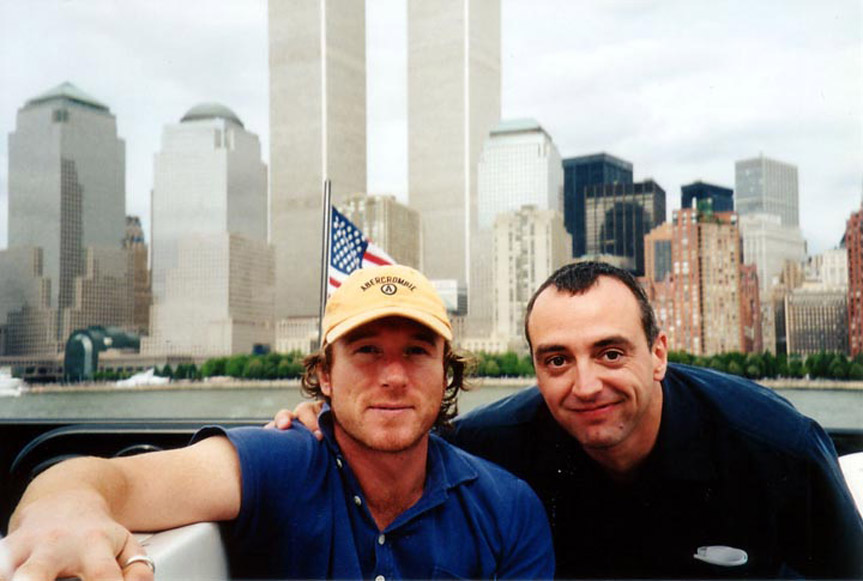 Less than 18 months‘ after this photo was taken, we both relocated to New York coincidentally within a few days of each other, and also coincidentally within a few minutes‘ walk of each others‘ apartments in SoHo. I still live in New York to this day, and can see the construction of the new Freedom Tower from my apartment in Brooklyn. Scyld and his family moved upstate to Westchester County, NY a few years ago.