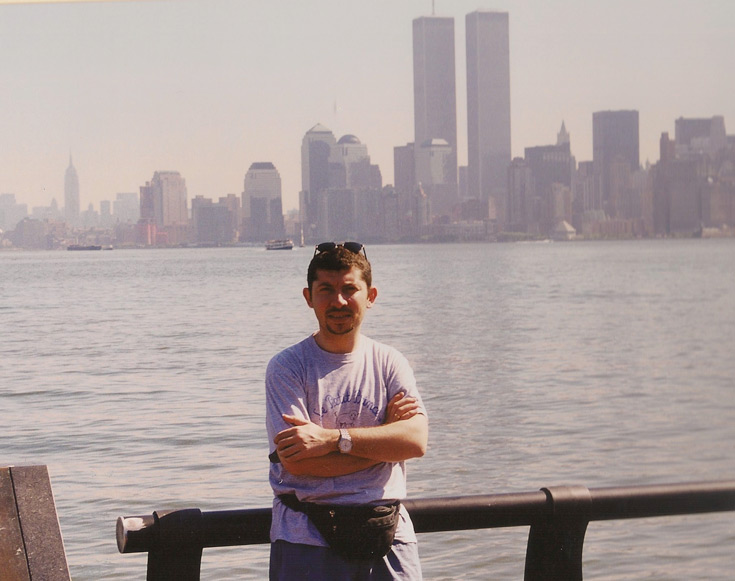 This is me in a picture taken by my partner of the time, Armin, while on a two weeks trip to the Big Apple in August 1998. Only a few months after, in October, I joined Citi, one of the most prominent New York based financial institutions, where I worked in various countries until 2009. When the WTC was attacked I was at my desk at Citi in Milan and was totally shocked and anguished for all my colleagues and friends, especially those working at 7 World Trade Center, a building that collapsed a few hours after the twin towers. Luckily nobody I knew was hurt in the attacks, but still Citi lost 6 employees. I can’t forget the thought passing through my mind when the towers disappeared in those massive clouds of dust: something had been forever taken away from my life, both as a person and as a member of the human community.