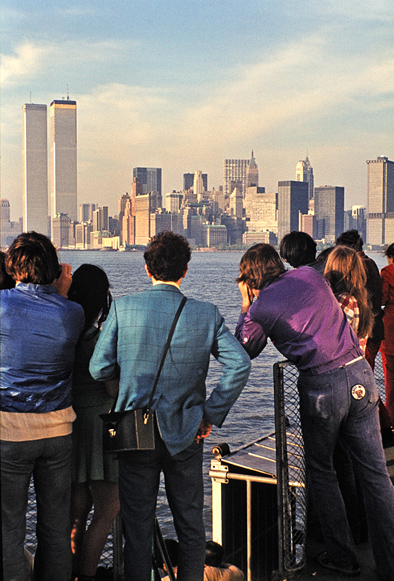 In May 1972 I travelled with a work colleague to visit a customer in Connecticut. Our boss had agreed that we could fly into New York and stay there a couple of nights before moving on to New England. So after arriving late on Saturday we woke to a dull and dreary Sunday morning to go sightseeing. But by the end of the morning the sun was shining, and it remained so for the rest of the day.

Late in the afternoon we decided to take the ferry over to Liberty Island, where we squeezed up the narrow stairway into the head of the Statue of Liberty. On the ferry back to Manhatten, everyone was excited by the view of the New York skyline, and the two huge towers of the new World Trade Center that were just being completed. The buildings glowed in the warm evening sunshine. The official opening, with ribbon-cutting ceremony, was nearly a year later on 4 April 1973.