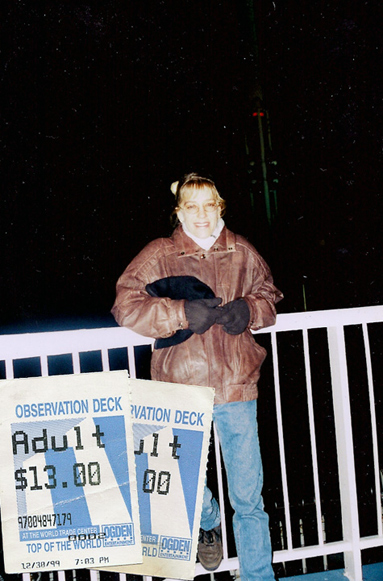 I grew up on Long Island and took my future wife to NYC for the first time.

The World Trade Center in New York was more than tall buildings. People from 22 countries had offices in them. Situated within walking distance from Wall Street and the New York Stock Exchange, the towers represented international commerce for the entire free world. The two structures accounted for 20% of the office space in lower Manhattan. More importantly, they represented our economic system.

Tens of thousands worked or visited the World Trade Center each day. Built in the early 70′s, the twin towers were a marvel to embrace. When erected, they were the tallest buildings in the world. People from around the globe would come and crane their necks to look up upon the towers in awe. I did on several occasions.

My last visit was on December 30th, 1999. The elevator ride alone was an experience, as my wife and I rose to the top at an incredible speed. I stood on the observation deck of Tower II and looked upon the city of New York. The experience was incredible. I looked toward uptown Manhattan and photographed the Empire State Building, lit up in the distance. It looked so small that evening, yet today the Empire State Building is once again the tallest building in New York. To the South, the Statue of Liberty stood as proud as ever. And she still stands proudly today, overlooking the “hot coals” that burn in the streets of New York.