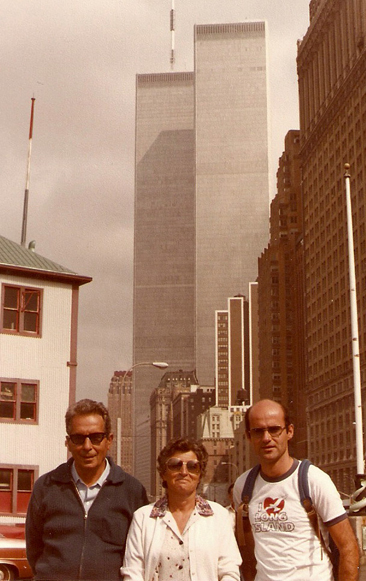 John and Mary Cassar from Malta and their son Fr Julian in 1984, while visiting downtown New York and the Twin Towers. Fr Julian was stationed on Long Island at Holy Spirit parish in New Hyde Park at that time. His parents were visiting him in September 1982, and this was during one of their trips to New York City.