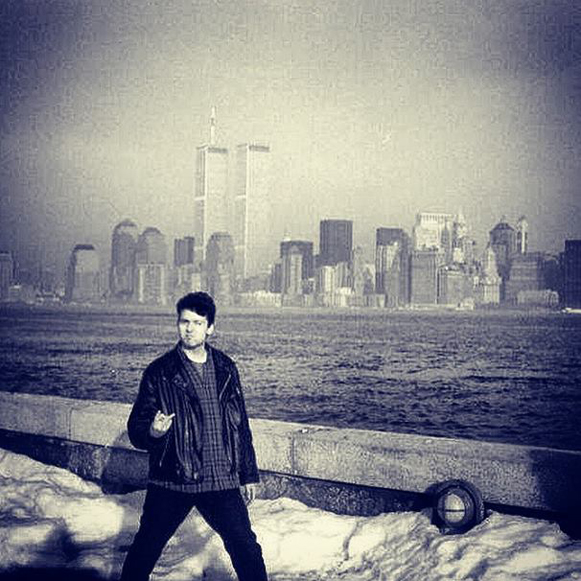 Last week (April, 2014, editor’s note), I succumbed once again to the narcissistic, tractor-beam-like pull of Facebook’s #Throwback Thursday trend (or is it officially a meme? I can never tell) and posted a picture regular readers here might be vaguely familiar with (it being the shot featured at the top of this blog for the last several years). It’s a photo of me taken on Ellis Island back in January of 1995, with a hazy, snow-caked Manhattan skyline looming in the distance. I captioned the photo saying I was „channeling my inner Sid Vicious.“ No one got the reference, despite the fact that I’m depicted wearing a black leather jacket and „flipping the V’s“ (i.e. the British incarnation of „the bird.“)

The truth of the matter is that I was trying to emulate the final scene from Alex Cox’s arguably abortive rock biopic, „Sid & Nancy.“ To be honest, I’ve never been a huge fan of that film. Sure, Gary Oldman is a complete genius in everything he’s in, but there’s so much horrible revisionism in the film, and Chloe Webb does way too good a job of conveying Nancy Spungen’s inherent annoyingness that by the time Sid finally slams a knife into her, you’re practically cheering him on.

In any case, the final scene is a surreal depiction of Sid wandering onto some decrepit portion of Jersey City. Here’s roughly the shot I was trying to replicate in the picture above…